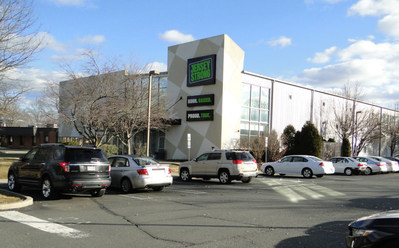 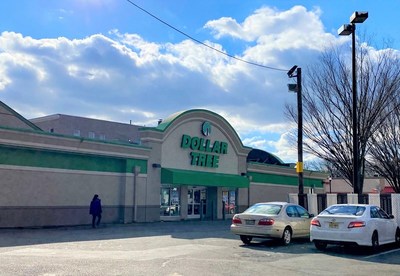 R.J. Brunelli also represented the property owner on the sale of this 12,682-square-foot Dollar Tree building at 325 Central Ave. in East Orange to real estate investor Arie Wilensky. Dollar Tree will continue to operate at the site.[/caption]R.J. Brunelli & Co., LLC today announced that it recently completed a pair of 1031 Like-Kind Exchange property sales and several leases for retail sites throughout northern and central New Jersey.

R.J. Brunelli also represented the property owner on the sale of this 12,682-square-foot Dollar Tree building at 325 Central Ave. in East Orange to real estate investor Arie Wilensky. Dollar Tree will continue to operate at the site.

Representing property owner WOW Plaza III, LLC, the retail real estate brokerage sold a 25,000-square-foot freestanding building in East Brunswick housing a Jersey Strong health club to KHC Development, Inc. of New York. The site, which is located at 762 Rte. 18, near the Brunswick Square Mall, sold for $4.93 million at a 7.6% cap rate, according to Mario Brunelli, VP-Investment Sales and Principal of the Old Bridge-based brokerage. The buyer was represented by Ellen Quentzel of Jordan Baris, Inc. Realtors of West Orange.

“Jersey Strong has been operating at that location for over 10 years and signed a long-term lease with the building’s new owner to remain there,” said Mr. Brunelli, who also represented Jersey Strong on the new lease. The firm is exclusive leasing representative for Jersey Strong throughout the state.

Mr. Brunelli also represented East Orange Retail Holdings, LLC on its sale of a 12,682-square-foot Dollar Tree building at 325 Central Ave. in East Orange. Real estate investor Arie Wilensky acquired the central business district building for $2.9 million at a 7.4% cap rate. Dollar Tree will continue to operate at the site, where it has been a tenant for six years.

“Both sales were executed as 1031 Like-Kind Exchanges, under which the sellers immediately use the proceeds to acquire other properties,” Mr. Brunelli noted. “These tax-advantaged transactions have fueled the tremendous upsurge we’ve been seeing in commercial property sales.”

On the leasing front, Sales Associate Peter Miller represented both the landlord and tenant on a deal that will see Performance Strength Academy expand its footprint at Dover Park Plaza in the Yardville section of Hamilton Township to 13,852 square feet. Under a previous transaction brokered by Mr. Miller, the fitness and personal training facility opened earlier this year at the Mercer County property in a 10,490-square-foot inline space.

In this newest transaction, Performance Strength leased an adjoining 3,362-square-foot space previously occupied by a dance studio to add competition/Olympic equipment for specialized training, as well as other equipment. The new area is expected to open in the second quarter of 2022 at the 57,700-square-center anchored by CVS. R.J. Brunelli is exclusive broker for Dover Plaza, which is located at 3 Sunnybrae Blvd., at the intersection of Broad St.

Elsewhere, President & Principal Danielle Brunelli completed two leases for sites in northern New Jersey. In the first transaction, Ms. Brunelli represented the landlord on a 1,973-square-foot lease for Rita’s Ice at ITC Crossing South Shopping Center in Flanders. The store is expected to open in the first quarter of 2022 in an inline space previously occupied by Amy Murphy Salon, which relocated to a 5,000-square-foot shop in the 514,903-square-foot center. The Morris County property is anchored by Lowe’s, TJ Maxx, Michael’s and Bed, Bath & Beyond, and shadow-anchored by Walmart. R.J. Brunelli is exclusive leasing agent for the center, which is located near the intersection of Routes 46 and 80.

In Somerset County, Ms. Brunelli completed her latest lease for European Wax Center franchisees, signing the chain for a 1,419-square-foot space at Riverwalk Village, a 50,000-square-foot lifestyle center located at 665 Martinsville Rd. in Basking Ridge. The shop is expected to open in the first quarter of 2022, joining a mix that includes Starbucks and various local retailers and restaurants. Brian Silbert of Silbert Realty represented the landlord on the transaction.

Back in East Brunswick, Senior Sales Associate John Lenaz signed Simos Insourcing Solutions to a 1,460-square-foot space at 85 Main St., near Rte.18. The nationwide staffing company, whose clients include Williams Sonoma, joins a mix at the 13,500-square-foot strip center that includes 7-Eleven and a number of local tenants. Mr. Lenaz represented both the tenant and landlord on the lease, with R.J. Brunelli serving as exclusive leasing agent for the site.